The first appearance of “Logic“ as a European science in East-Asia can be traced back to Minglitan 名理探, an Aristotelian textbook on logic translated by Li Zhizao 李之藻and the Jesuit Francisco Furtado and published in 1631. Nowadays in Japan logic is still widely conceived as ronrigaku 論理学, i.e. “science about the principles of argumentative discourse.“ In Taiwan it has often been rendered as lizexue 理則學, i.e. “science about the principles of reasoning“; in the present, the transliteration luoji 邏輯 has become very popular. While both renditions share a certain Aristotelian flavor, they have also assimilated other connotations from East-Asian conceptual history. In German Idealism logic is conceived in a broad sense as the laws of thought; it is thus understood not merely as a formal science, but as being embedded in consciousness, experience, and forms of discourse. The goal of this workshop is to explore logic in this broad sense and from a transcultural, comparative perspectives. We would like to examine the various practices of “logic” in different contexts, such as metaphysics, epistemology, hermeneutics, catechism, moral philosophy, and critique of ideology in Neo-Confucianism, Daoism, Buddhism, Kyoto School, Christian theology, and German Idealism. 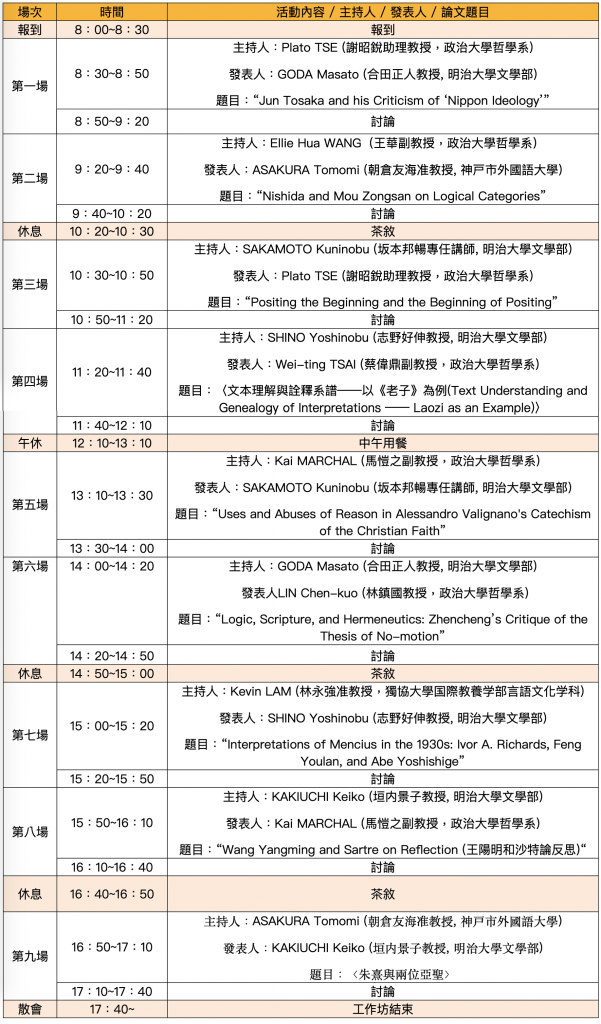